Bernedoodles are large teddy bears that have love enough to go around. They make fantastic pets for the first time dog owner or the experienced novice. Your Bernedoodle will bring nothing but joy and happiness to your family. But did you know that Bernedoodles come in more than one color? One of the most unique colorings for Bernedoodles is the phantom markings. The striking color contrasts make your puppy look adorable and absolutely irresistible. But what are the facts about the Phantom Bernedoodle, and how are they different?

What Is A Phantom Bernedoodle?

A real phantom Bernedoodle has a solid color all over the body and a different color on the nose, chest, and legs. But even with this description, you can get endless possibilities of color combinations. That is why most breeders take it a step further to label precisely what type of phantom they have. Below we have the top phantom colors.

The most common and wildly recognized coloring is an all-black body with brown markings. There are other color combinations as well. Though. You can get cream and silver or black and cream as well. You can get the standard phantom in just about any generation possible. 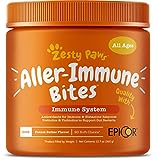 So if you would like an F1B generation for its hypoallergenic coat, you could have one. Or if you wanted an F1 generation, that’s a possibility too. And not to overwhelm you with too many options, they also come in every size.

Sable phantoms have a striking appearance. A sable is any dog that has a solid colored coat with black tips to the hairs. But unlike the other phantoms that we’ve talked about so far, these are only available in multiple generation Doodles.

You can get them in F1B or F2 and higher. They are also available in any size you want. The sable phantom is more common than a tricolor, but they aren’t as sought after. You might find a little trouble getting a sable, but the waiting lists are much shorter than tricolors.

Merle phantom Bernedoodles are so beautiful that we are surprised that more people don’t know more about them. A merle has such an unmistakable coloring that wins the hearts of everyone. Your merle phantom will have the merle markings all over the body and white noses, legs, and chest. The merle phantom is most commonly an F1B generation, but you can also get them in multigenerational puppies. And just like the others, you can get them in three sizes.

With a rich dark brown body and tan markings, a chocolate phantom Bernedoodle is so beautiful. Unlike the other phantoms on this list, you can not get a chocolate coloring without being multigenerational.

That is because the Bernese Mountain Dog doesn’t have any chocolate coloring of their own. So the rich deep color only comes from the Poodle side. But in any case, you can still get them in standard or mini sizes.

How Is Phantom Different From Parti?

A parti colored dog is usually all white with patches of color all over them. They differ from phantom because parti colors don’t come in dark bases. And all of the patches are not uniform across the body. Each puppy from a parti litter will have irregular patches that aren’t the same on any two puppies.

A Phantom can sometimes come in lighter colors that resemble a parti, but the difference is uniform. All of the markings look the same on each puppy from a phantom litter. But that doesn’t mean that every puppy in the litter will be a phantom.

What Type Of Hybrid Are They?

Another one of the facts, what is a phantom Bernedoodle mixed with? Are they all half Bernese Mountain Dog and Poodle? While most breeders can get these phantom colorings by using either F1 or F1B generations, some get more unique colors from interbreeding. The phantom coloring is actually a relatively new standard for Bernedoodles.

They were first discovered and standardized in 2003. And since then, some breeders have started using a Bernese Mountain Dog and Australian Labradoodle to get the “Doodle” side. These are called an Australian Bernedoodle.

Getting one of these Bernedoodles are still considered a Doodle. But there are some things that you should consider before settling on one. They are not the most hypoallergenic of all the Doodles. It will shed a great deal and likely have a loose wavy coat.

That being said, a Bernedoodle mixed with an Australian Labradoodle will still have a fantastic temperament. Since they are mostly Bernese Mountain Dog, they will retain more of these qualities than a Poodle or Lab.

If any of these traits will be an issue for you, talk to your breeder about concerns. Asking them how they breed their phantoms will give you a better idea of what to expect. They will be happy to answer all of your questions about how this mix will differ for you.

Do Phantoms Have Different Care?

A Bernedoodle is a Bernedoodle. It doesn’t matter what coloring or size of Bernedoodle that you get; each one will have the same care. Here is a quick overview of what to expect. 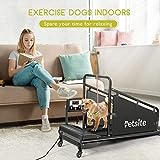 No matter what color Bernedoodle you choose, they will all excel in intelligence. They are quick to train and love to please their owners. You will get them trained in no time at all. And as far as exercise, your Bernedoodle will need an hour-long walk daily with some playtime in between. If you aren’t stimulating their brains or exercising their bodies, they will spend the rest of their time at your side. 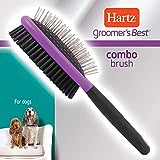 Your Bernedoodle will have one of two coat types; curly or wavy. Both of these will be hypoallergenic with minimal shedding. That means you will need to spend time every day brushing and detangling your Doodle. It also means that they will need regular hair cuts every 6-8 weeks.

Next one of the facts to be considered about the phantom Bernedoodle, is size. When full grown, it should be the same as any other color mutations. There are two sizes of Bernedoodle, the mini and standard. Standard Bernedoodles get as large as 70-90 pounds. But the mini only gets 25-49 pounds. The only exception to these standards is multigenerational Bernedoodles. Breeders might be trying to breed for a specific size, but it is not guaranteed. Since there are just too many factors at play, sometimes the phantom mini Bernedoodle can be a little larger than expected.

No matter what color your Bernedoodle is, they are all prone to the same health conditions. Some old myths revolve around the fact that hair color has some indicator of medical conditions a dog will have. But that’s not true for all dogs. Your Bernedoodle won’t be any more prone to eye problems or heart conditions because they have a lighter hair color.

Is There A Cost Difference?

Phantoms can be a little rare sometimes, which translates into a higher cost. Cost is another one of the facts that may be considered when purchasing a phantom Bernedoodle. It can cost anywhere from $3,000-$5,000. The more rare the phantom morph, the higher the price. But let’s not forget that the waiting list is long. You might be waiting for months for a litter to be born with phantom markings. And even if a few are born, you might not be at the top of the picklist. In the end, the wait is worth it for a striking puppy that grows into a handsome dog.

Are There Advantages Of One Phantom Color Over Another?

If you want a Bernedoodle as soon as possible, getting a solid colored puppy would cut your wait time to just a few months. But if you don’t mind the wait, you can pick any coloring you want. There is also money to consider. If you can’t afford $3,000 for a puppy, you might want another colored Bernedoodle. They might not look exactly like you pictured, but they will still love you with the same Bernedoodle passion.

So what there are a few of my facts about the Phantom Bernedoodle,? An adorable, photogenic, and stunning looking puppy. Not a ghost Bernedoodle, contrary to what you might first think.

Below is a Pinterest friendly photo…. so you can pin it to your Doodle Board!

The owner of this website, loverdoodles.com, is a participant in the Amazon Services LLC Associates Program, an affiliate advertising program designed to provide a means for sites to earn advertising fees by advertising and linking loverdoodles.com Review to Amazon properties including, but not limited to, amazon.com This occurs at no extra cost to you, and we appreciate your support.